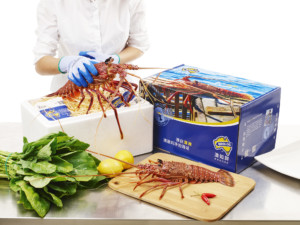 The last several years have seen key developments in GFC’s presence in China. Over 90 per cent of GFC’s total catch is exported to China, making it the Co-op’s largest market by far. GFC is committed to extending its reach into China, to exploring new opportunities, to establishing the Brolos brand with the Chinese consumer and, in doing so, returning greater value to fishermen.

Since the signing of ChAFTA, GFC’s efforts to develop direct channels into the China market have begun to bear fruit. GFC has established its own Chinese company, office, staff, as well as live lobster storage tanks in key cities. Owning a Chinese company provides GFC with numerous options not available to more traditional exporters. With over 20 Mandarin and Cantonese speaking staff, and our own Chinese internet sales platforms and distribution networks to both retail and business customers, GFC is leading the industry in direct trade. 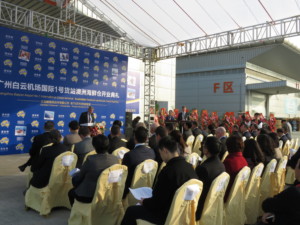 GFC’s strategy relies on building strong and mutually beneficial relationships with existing and new customers, while exploring ways to better service their needs in a changing market. GFC is actively looking for and developing new markets which value our members’ product. To this end, GFC has built strategic relationships with import agents, transport and logistics providers, promotions firms, market research firms, online sales platforms, and technology firms. GFC has also developed key relationships within the Australian and Chinese Governments, attended functions with the leaders of both countries, as well as working closely with Chinese and Australian trade division officials.

With a population of over 1.3 billion people, China has emerged as the world’s largest food and beverage consumer market. By 2018 it is predicted that China will become the world’s largest consumer of imported food. GFC will continue to explore ways to generate additional value for both members and customers in this critically important market. 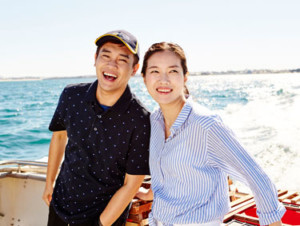