The 68th AGM was held Thursday 2nd November 2017 at the Geraldton Universities Centre with a video link to the board room at our new facility in Welshpool. As always, the AGM was very well attended, with members from the north and south of the fishery taking the opportunity to hear about the Co-op’s latest developments. 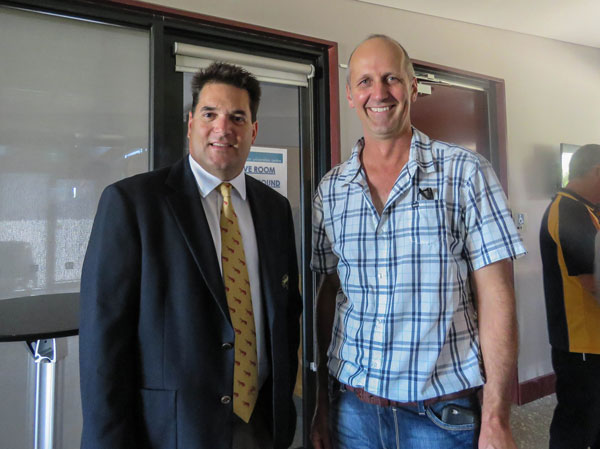 This year’s AGM was the final one to be presided over by our longstanding, retiring Chairman, John Ritchie. John was a member of GFC’s board of directors for 26 years, serving as Chairman for the last eight years. John’s contribution the Co-op over the past quarter-century is immeasurable, with accomplishments too many to list here, and these will be the subject of a future Catcher article. John’s tenure on the board coincided with a period in GFC’s history that saw tremendous value created for all GFC members, and which has flowed through to the rest of our industry. We thank John for his great service and leadership and wish him the very best for his retirement.

John’s tenure on the board coincided with a period in GFC’s history that saw tremendous value created for all GFC members, and which has flowed through to the rest of our industry.

During the AGM John announced that David Moroney, one of our two independent directors, will also be retiring. David has contributed enormously to GFC over the past five years, most notably in the areas of governance and finance. David will remain on the board until a replacement is found, a process which is currently underway. 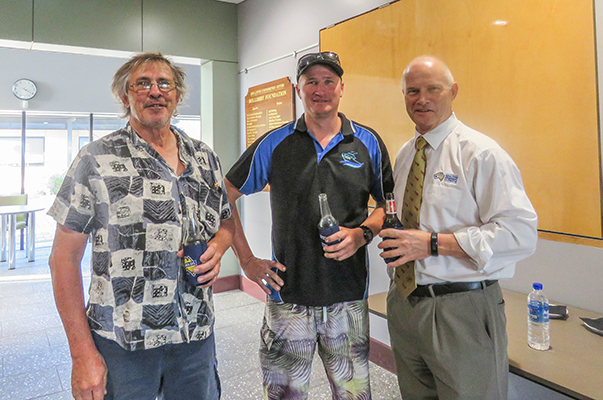 Throughout October, Co-op members voted to fill two open positions on the board; the first created by John’s retirement and the second because Basil Lenzo’s position on the board came up for mandatory re-election. It was fantastic to see the interest in these vacancies from our member base, with five candidates vying for the open positions. We congratulate and welcome Terry Lissiman to the GFC board. Terry and Basil were both elected for a term of 3 years.

We would also like to take the opportunity to thank the unsuccessful candidates Justin Pirrottina, Darren McTaggart, and Gavin Lovedee and encourage them to consider nominating in the future.

Our AGMs commence with a formal overview of the independently audited, and therefore official, financial records for the previous financial year. This is followed by an informal meeting with presentations from our executives on our strategic projects and major developments. Members are encouraged to ask questions of the board and management throughout.

Unlike a “normal” corporation, GFC’s members are far more than just shareholders. They are also customers, suppliers, lessees, lessors, all with various expectations of the company. This can lead to some robust discussions, but GFC’s role is to balance their interests and maximise returns to all members in the short, medium and long term. Members should be assured that the elected board, together with two independent directors, is empowered to govern, incorporating good governance principles, having overview of all systems and processes, policies and procedures, and delegating authority to the management team to allow them to manage the company effectively.

This approach has been, and will continue to be, the recipe that ensures the underlying success of our co-op over the long term.